If you and your family are going to be relocating to another country in the near future, you're probably both excited and apprehensive at the same time. Experiencing a new culture by living in another country is a life-enriching experience, and you can smooth over the bumps in the road by following a few simple strategies. Following are three ways that you and your family can transition to life abroad as seamlessly as possible.

Be Proactive Against Culture Shock

Culture shock is a very real phenomenon that affects many people who move to another country. Even those who have visited the country where they are moving to are likely to experience culture shock -- bear in mind that actually living in a country is vastly different from experiencing it as a tourist. Fortunately, there are several ways that you can prepare yourself and your family for moving overseas, such as:

Although interacting with citizens of your new country will be an important factor in overcoming culture shock, you should also seek out groups of other Americans who may be living in the same area. Fortunately, the Internet makes this a snap -- look for social media groups comprised of those who have made the move before you.

Register With the U.S. Embassy

The U.S. State Department has a program known as the Smart Traveler Enrollment Program (STEP) run though the Bureau of Consular Affairs. Registering with STEP prior to relocating to your new country makes it easier for your family and friends in the United States to contact you in the event of an emergency, keeps you informed of possible civil unrest, and basically provides you with an extra layer of protection and support as an American citizen living in a foreign country. Even if you plan on living in the country in question for a number of years, there may be times when you'll appreciate the assistance of the American Embassy.

Some people cover just about everything in the process of preparing for the big move -- except they completely overlook whatever hoops they may have to jump through involving bringing their furry friends to their new home. Moving to another country with domestic pets is far different than moving to another state, and every country has its rules and regulations concerning the importation of animals. At the very least, you will need to provide a certificate of health and proof of a current rabies vaccine. Your pet will probably also have to be micro-chipped. It is recommended that you begin the process as soon as you know for sure that you will be relocating to a new country -- waiting until the last minute may result in an unhappy situation.

Getting your ducks in a row before the big move will help ensure that you and your family will experience a fabulous adventure rather than a series of hassles and disappointments. For more information, contact a company like Hollander Storage & Moving. 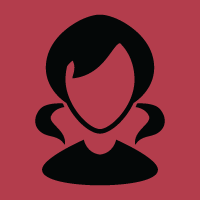 When I started evaluating my job prospects, I realized that I could make a lot more money if I was willing to move to another state. I thought about my options carefully, evaluated my family's lifestyle, and worked hard to understand what my employer needed and wanted me to do. Ultimately, it looked like moving to the east coast would be the most cost-efficient use of my time, so I uprooted my family for the adventure. This blog is dedicated to all things moving and storage, because I have learned a lot along the way. I love moving now, and I know that you can too.